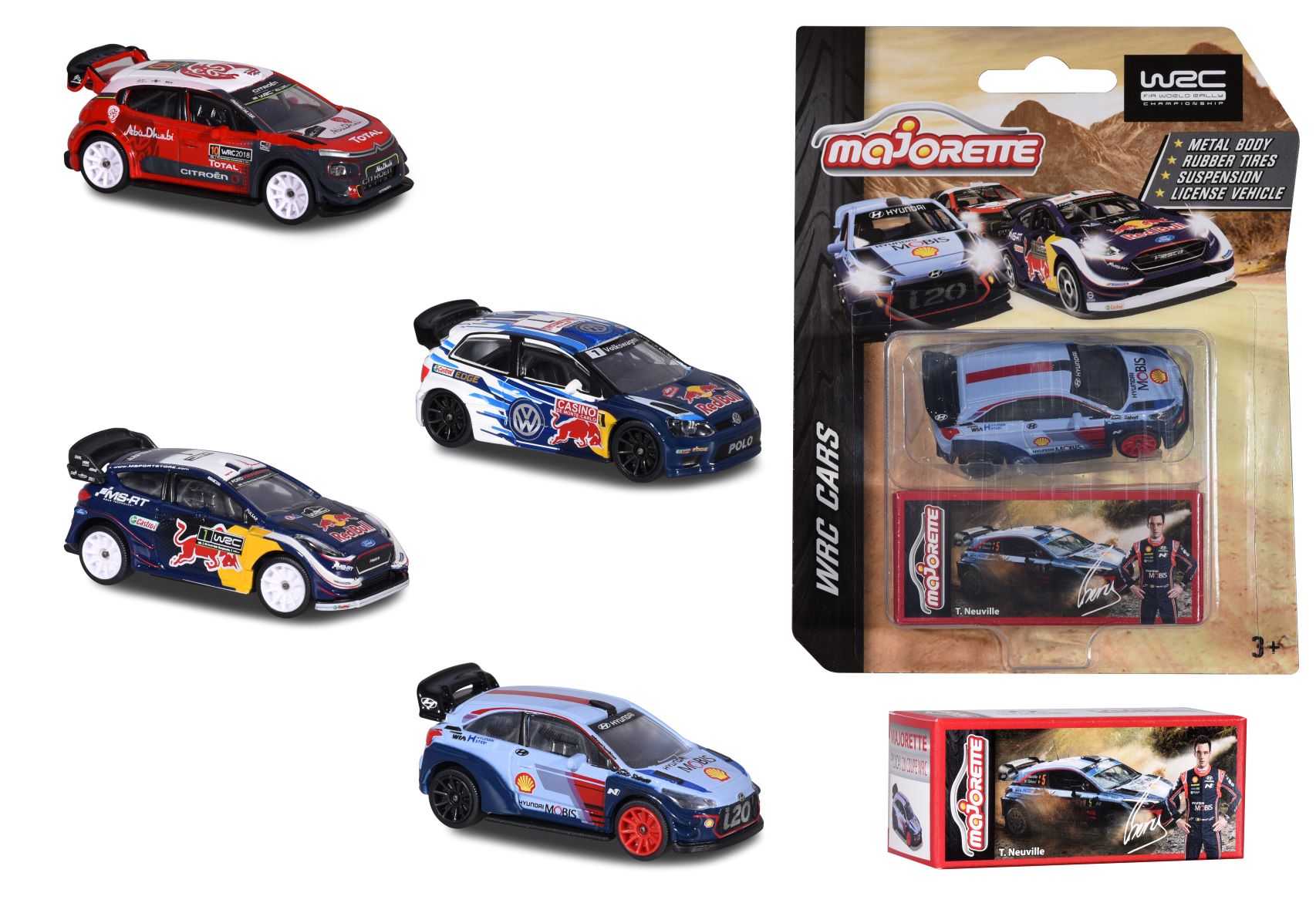 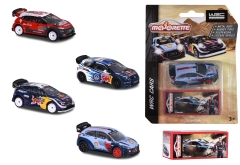 Product Code: M212084012
Barcode: 3467452052327
Availability: In Stock
Login
"Majorette WRC Edition: the rally fleet for you collection display cabinet. Discover the licensed products from the world's most
exciti9ng motor sport events. With the WRC Edition, Majorette presents a licensed collection that, with regard to attention to detail and exclusivity, looses nothing on the originals and can easily hold its own with the motorised exemplars of the World Rally Championship. From the original WRC logos to the detail of the models, the four different toy cars with free-wheel and high-quality, die-cast bodies replicate the big racers. Motor sport fans have the choice between a Hyundai i20 Coupé WRC, a VW Polo WRC, the Citroën C3 WRC and the Ford Fiesta WRC. Rubber tyres and the special collector's box round off the offer. The box shows a picture of the car and bears its driver's signature. There's no question: Each of the cars has earned itself a place of honour in the display cabinet.

Product not added to cart.