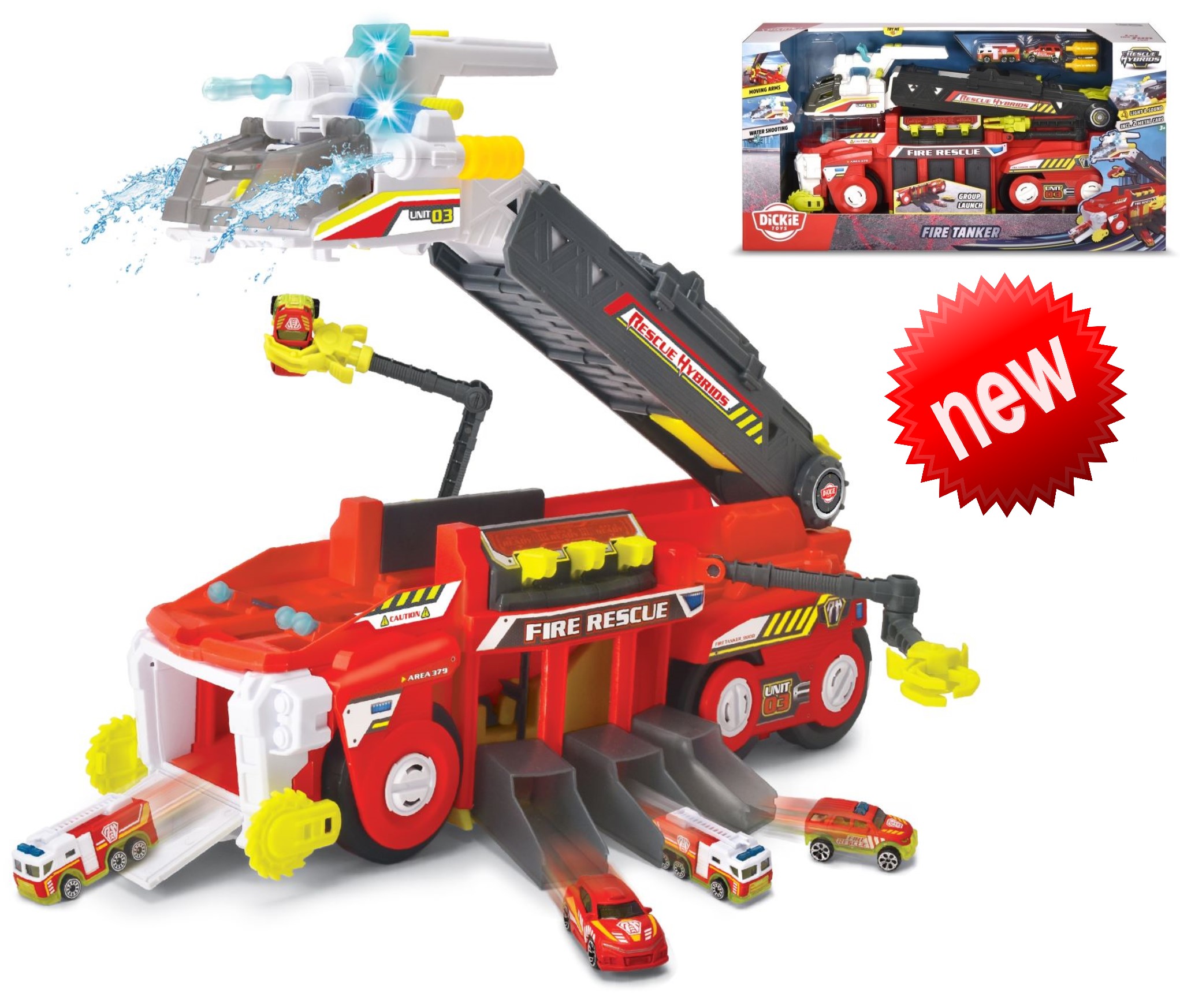 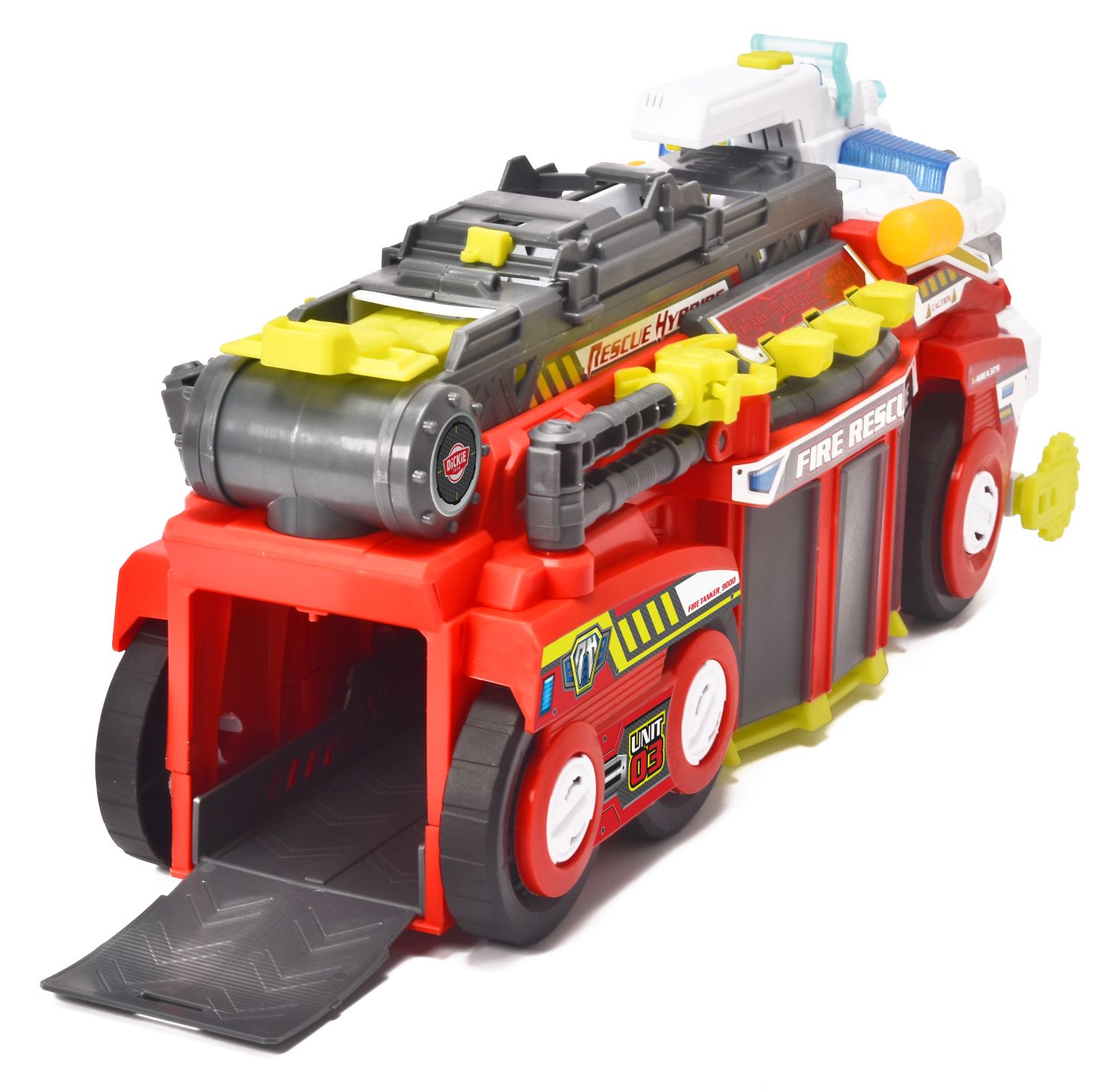 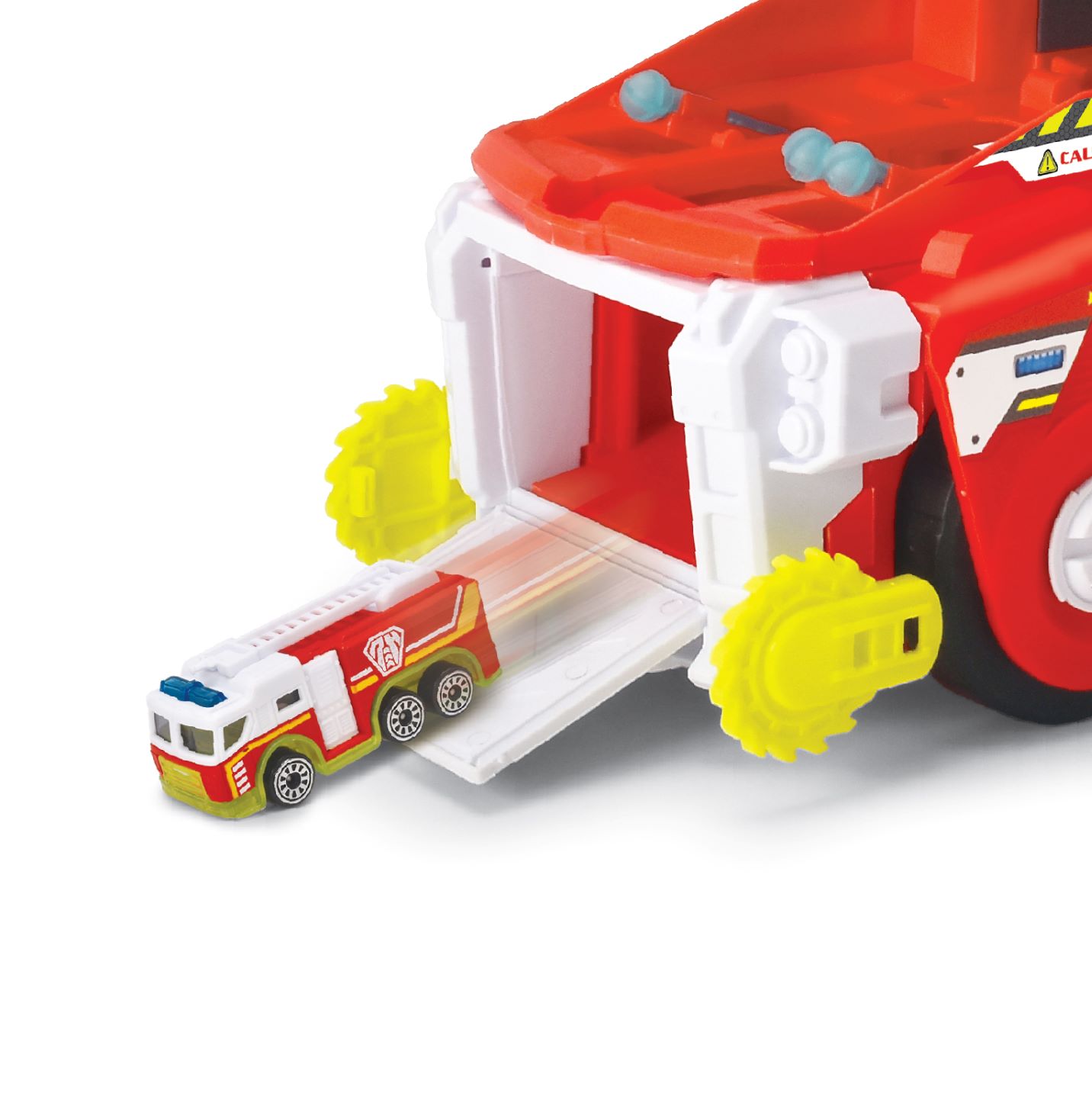 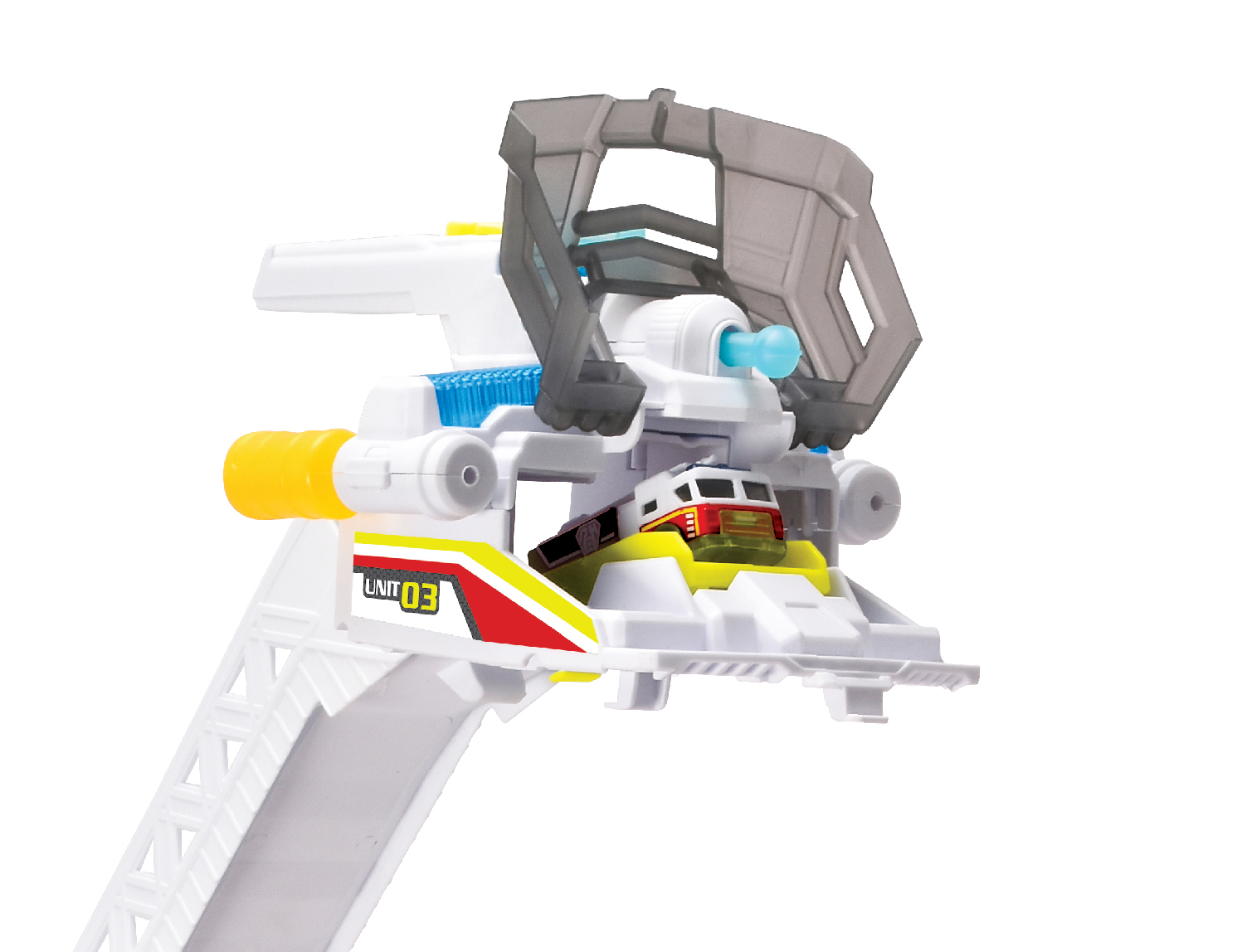 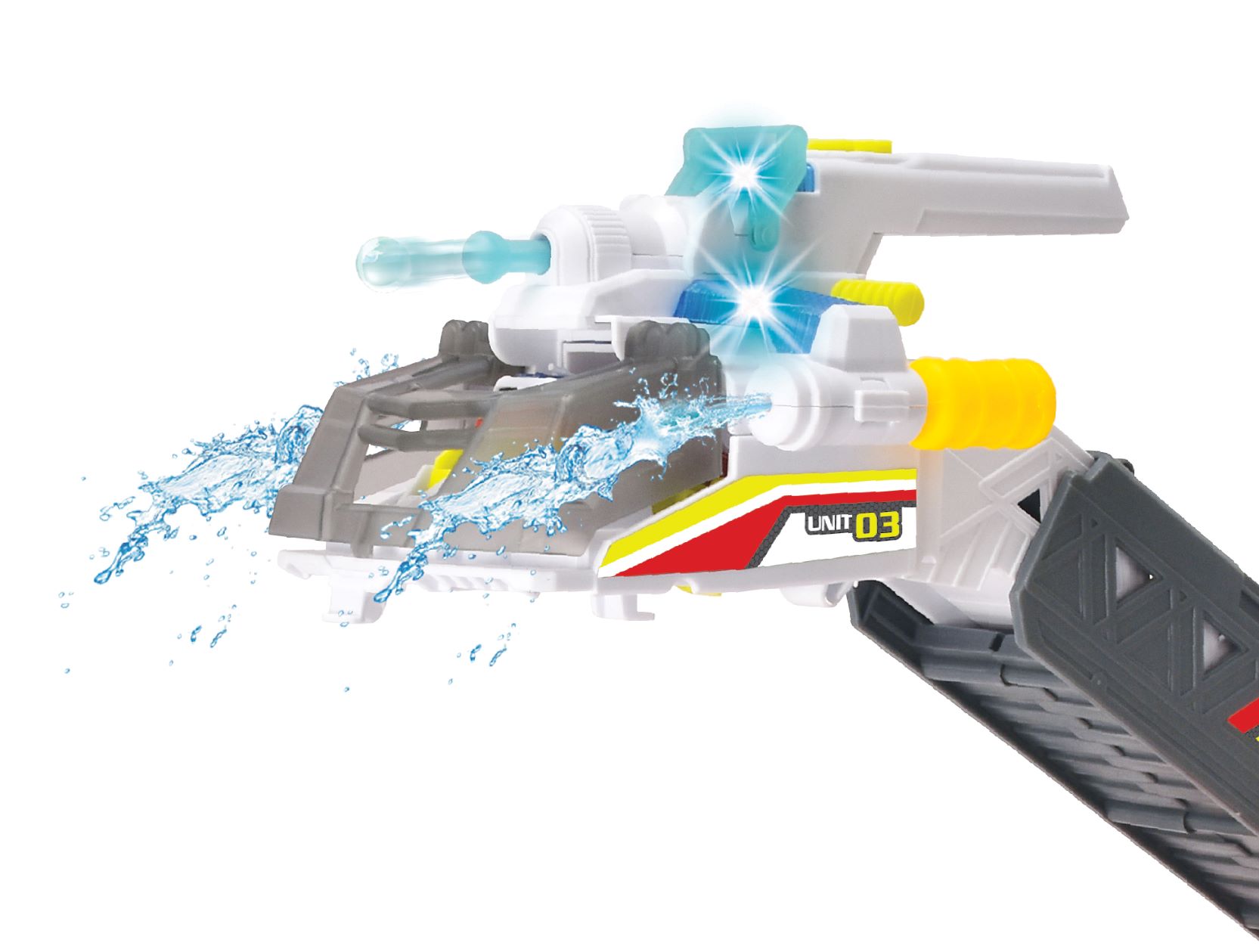 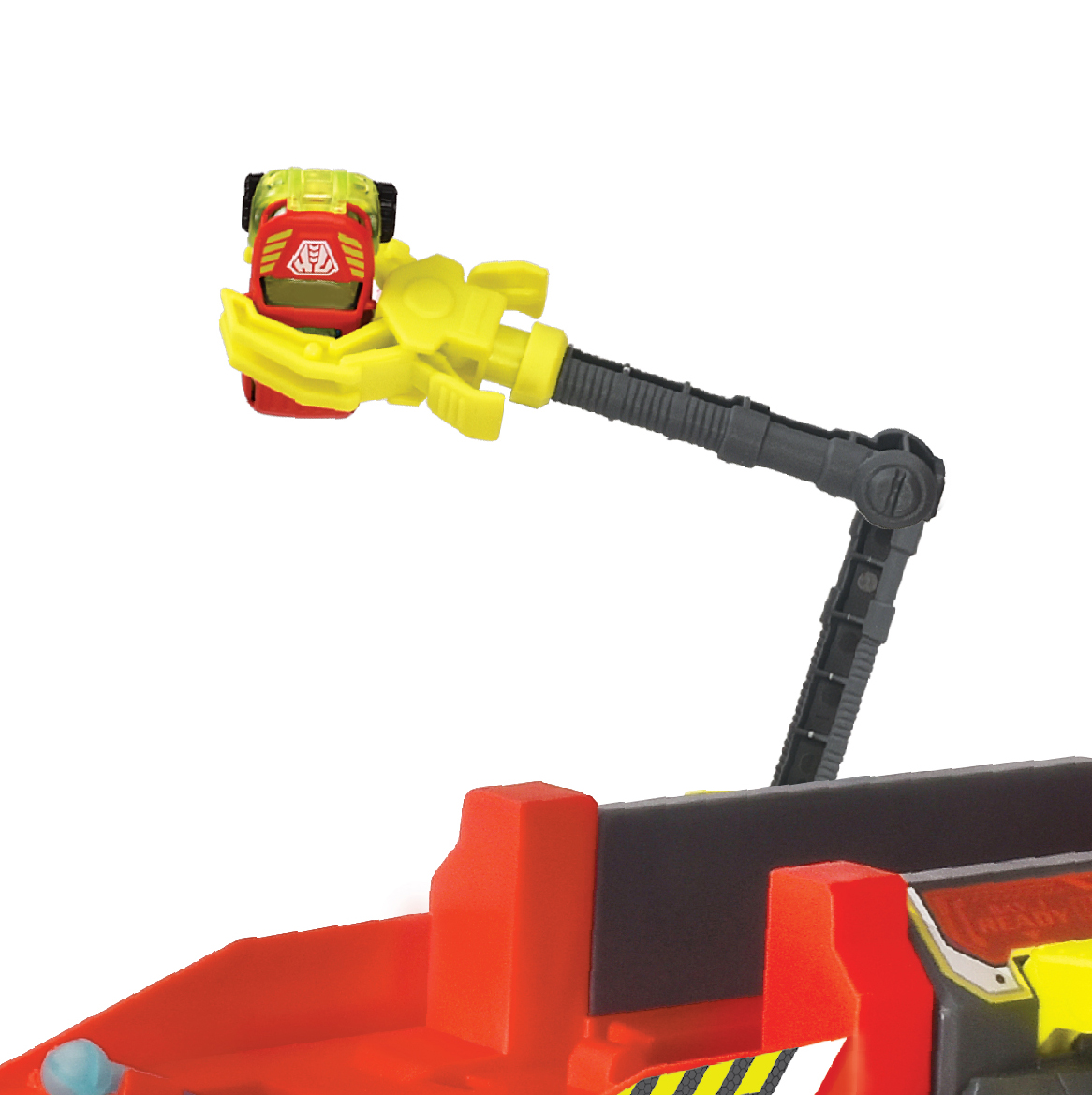 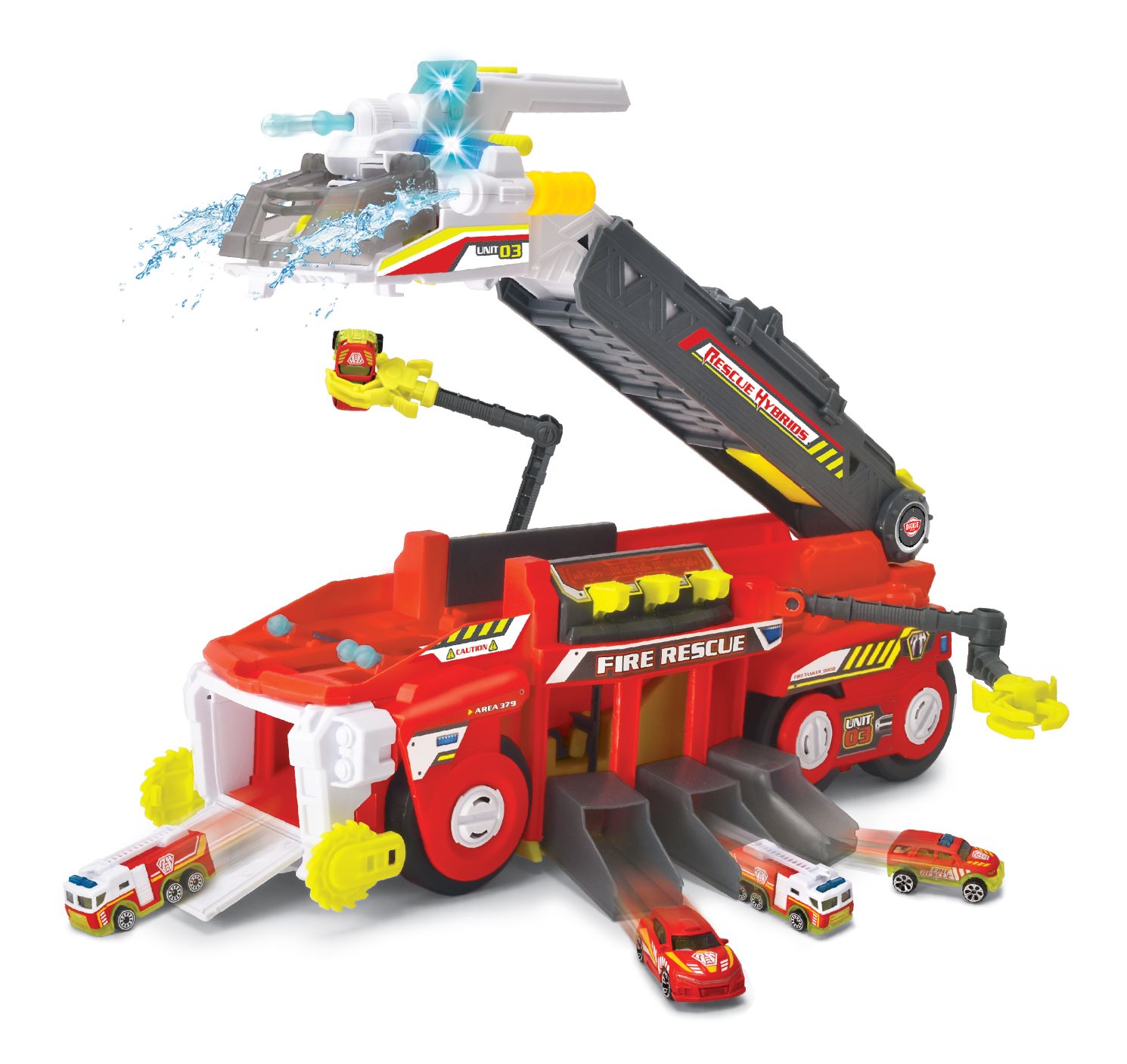 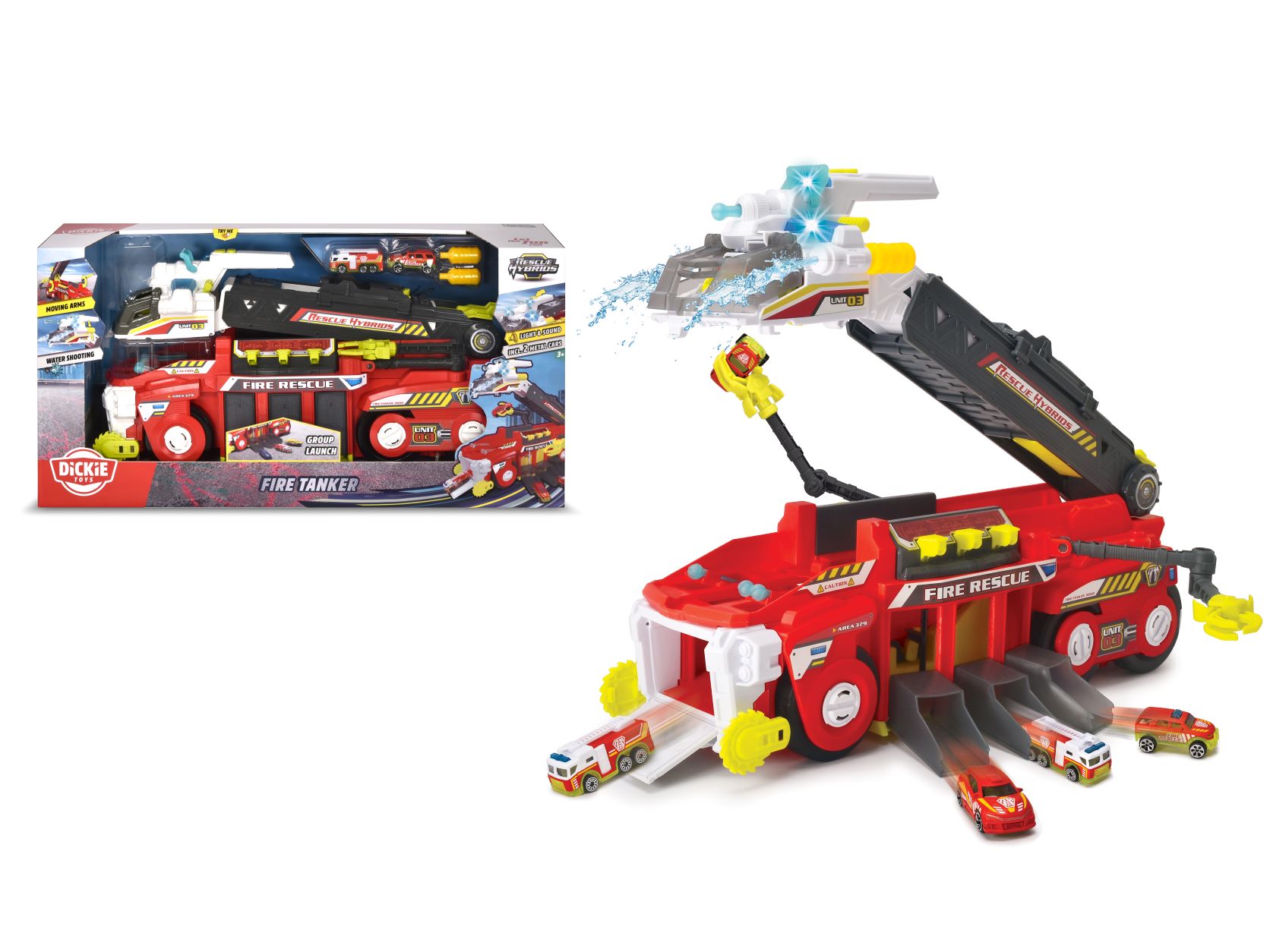 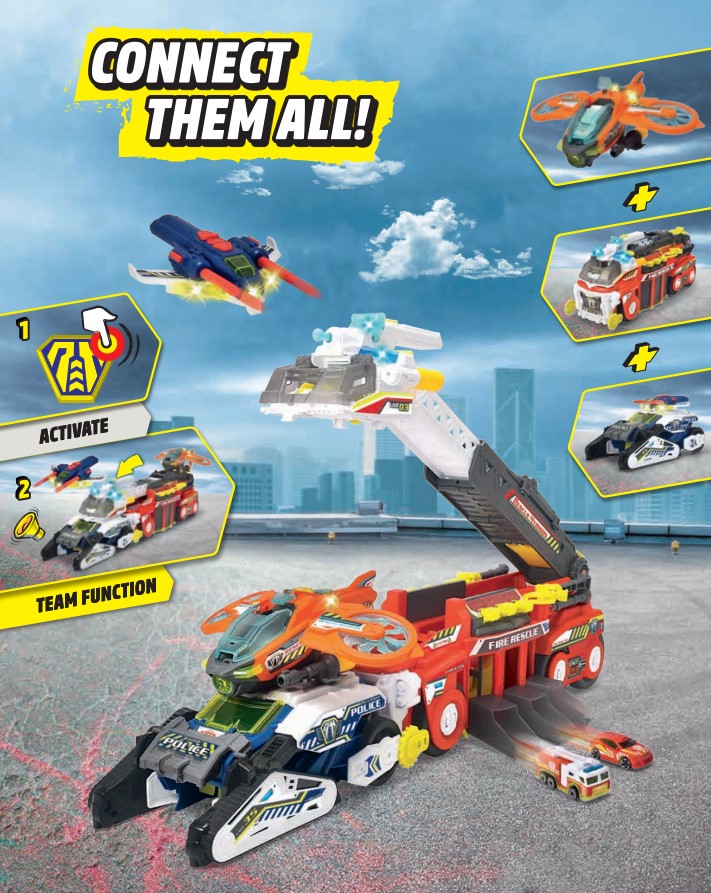 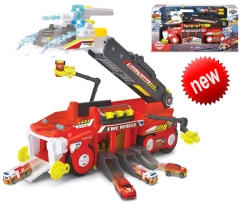 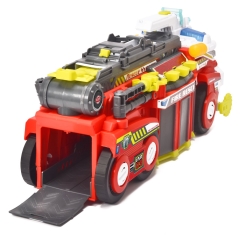 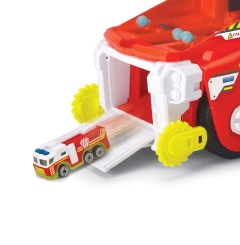 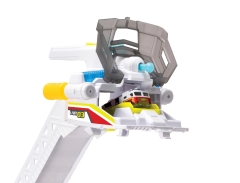 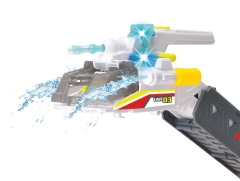 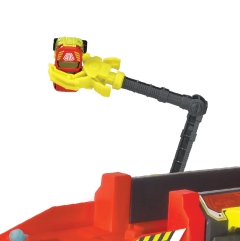 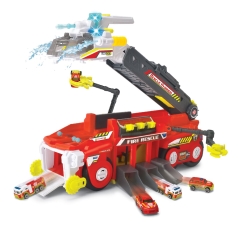 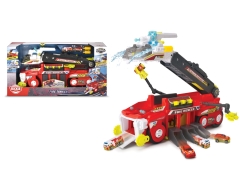 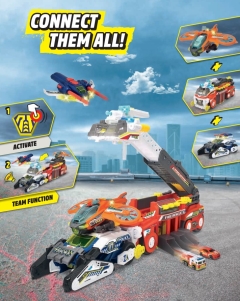 Race to the rescue with the futuristic fire engine from Dickie Toys!
There’s no limit to a child's imagination – that’s why toys need to be creative and innovative. This futuristic and transformable Fire Tanker from Dickie Toys does just that, and makes a perfect gift for fans of feature-packed toys.

In addition to a stunning and detailed design, the fire engine also has space for up to six vehicles that can be ejected by pressing a button. As you’d expect from a fire-fighting vehicle, the fire engine can also carry water.

The vehicle is equipped with small, easily detachable water containers that can be filled with water and sprayed during fire-fighting missions. There is also a lever for firing projectiles. Spare projectiles can be found in the front of the vehicle.

In addition, the 55 cm long vehicle has two mechanical moving arms with a grip function, which can be used to lift heavy loads. There is also a pull-out storage space for accessories, vehicles and troopers. Other highlights include light and sound effects and rotating wheels.

Another highlight is the built-in team sound function – when this is activated, the individual vehicles recognize each other and play the Rescue Hybrid team sound.

Product not added to cart.